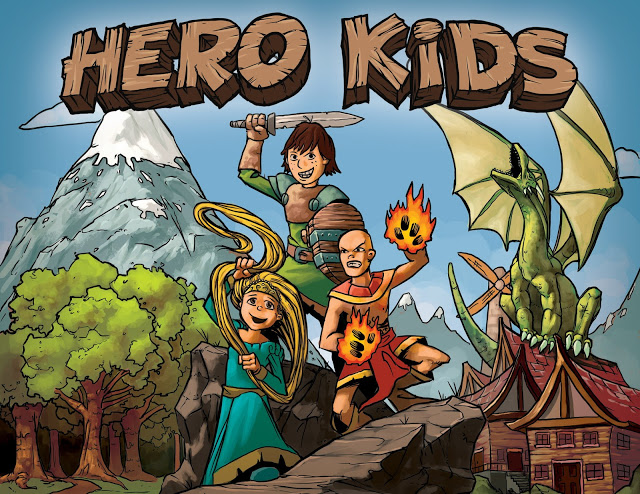 It’s scary to realise that it has been close to 30 years since I had the opportunity to role play over the table. Since leaving home in the late 80’s, my RPG activities have been restricted to Play by Mail and Play by Post games in which I’m generally always the GM, however now, as my daughter approaches the age at which I discovered Dungeons and Dragons, I thought it was time to introduce her to the hobby.

After some research, I found that the market now has a number of kid-friendly games, something that didn’t exist back in the 80’s and I stumbled across Hero Kids which works perfectly as an introduction for youngsters. The system is simple enough, using d6’s for combat and skill tests and a simple selection of character classes. After a few simple scenarios, we delved into more complex rules, with magic items, level advancement and new skills and spells giving greater customisation.

It was after maybe four or five adventures, that my daughter told me she wanted to run an adventure for me. I was sceptical, thinking she’s not seen enough to take on the GM mantle but I gave her the chance. She then sat and wrote a 3-4 page document, along with maps, monsters, puzzles and treasure.

When she started, she thought playing through would only take ten minutes, but this turned out to be a full one hour adventure (about normal for Hero Kids) and I was stunned, she was a natural. She’d carefully thought out the scenario, planned the encounters and even voiced the main villain. It was awesome!

I’m sure as she gets older and dives into more complex systems, she’ll get to explore more ways to GM and I hope this allows her to be as creative as possible and bring others into the hobby as I have over the years.